Simply defined, an eating disorder is an unhealthy change in one’s normal eating habits. These behaviors can include under and overeating, and can involve secondary symptoms, such as distorted body image and low self-esteem.

The specific mental health conditions that are classified as eating disorders can include:

Anorexia nervosa: Those who have anorexia view themselves as overweight even though they are not, and, therefore, they participate in extreme diets and behaviors. Individuals with anorexia will limit their caloric intake and, in turn, under nourish themselves. Anorexia can cause sufferers to become obsessed with their weight, stepping on the scale numerous times throughout the day. They might also partake in binge-eating and then vomiting, excessively exercising, or using laxatives.

Bulimia nervosa: Bulimia nervosa causes one to participate in binging and purging behaviors. They will consume a great deal of food very quickly, but will then take enemas, laxatives, or diuretics, or induce vomiting in order to clear their systems of food. Those with bulimia tend to be at a normal weight or a little heavier. However, they experience extreme anxiety about gaining weight.

Binge-eating disorder: Individuals who have binge-eating disorder might feel like they are not capable of controlling their eating. As a result, they consume larger amounts of food but do not purge like those who have bulimia would. Their periods of binging tend to be connected to feelings of shame and upset, triggering the onset of additional episodes of binge-eating.

While eating disorders have a powerful and deadly control over those who struggle with them, these disorders are treatable.

The National Eating Disorders Association reported in 2011 that more than six percent of people battle eating disorders at some point in their lives. Sadly, those who have eating disorders are at a greater risk of developing suicidal ideation and attempting suicide. Eating disorders often develop at a young age, with the median age of onset being around 12 and 13 years of age.

Clinicians and scientists agree that the causes of eating disorders are highly complex. Despite this complexity, these disorders tend to be triggered by environmental and genetic factors, such as:

Genetic: Genetics play a major role in one’s susceptibility of developing an eating disorder. Those with a relative who has struggled with eating disorders are more likely to develop similar issues as well.

Environmental: A person’s environment can also impact his or her chances of developing an eating disorder. With or without a genetic predisposition for this disorder, environmental factors include living in a home with relatives who are exceptionally critical of the appearance of themselves others, or having a family that places great emphasis on dieting and weight control. Additionally, peer pressure and pressure from society can impact one’s eating disorder development.

Signs and symptoms of eating disorders

Should eating disorders go untreated, the effects of these disorders can be extremely dangerous and possibly even deadly, including the following:

Those who have eating disorders are also likely struggling with one or more additional mental health conditions, including:

Eating Disorder Treatment
Start the Admissions Process
Sign Up for More Info
Submitting...
Validating Captcha...
An error has occured. If you need assistance, please contact us at (760) 537-4750.
Submission Success!
Think you might have an eating disorder?
Take our free online assessment.
Take Yours Now 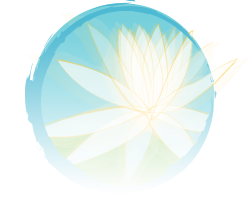 “Montecatini helped me recover from my eating disorder. Their incredible staff taught me how to love myself.”